Towards a History of Saivasiddhanta 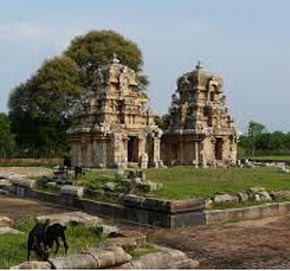 Saivasiddhanta is one of very influential Saiva sytems, which, since the first millennium, is a major feature of Indian religio-philosophical life, especially in Tamil Nadu. It is one of the most complete and strongest religious systems: even today, most of South Indian Siva temples follow Saivasiddhanta rules. Since its foundation, the French Institute of Pondicherry has been the leading institution in the study and publication of Saivasiddhanta texts. The scholars attached to the Institute are elaborating the patterns of the complex history of this main current of Saiva religion. Saivasiddhanta studies rely on a wide bilingual textual corpus:

IFP manuscripts collection is one of the most complete in the field of Saivasiddhanta texts, and thus provides the basic material for all projects dealing with it, the approach being philological, historical and anthropological.

This book is a complete analytical study of all the œuvres of Nigamajñāna I and his nephew-cum-disciple Nigamajñāna II. This study aims at bringing to limelight the great contributions made by these two teachers in the sixteenth century for the consolidation, elaboration and propagation of the Śaivasiddhānta religious system and philosophical doctrines.

For the first time the contents of all the available texts of these two Śaiva teachers in Sanskrit and Tamil, of which many are unpublished, are completely and critically analysed with a  view to fully bring out the richness of these texts in their totality and their value in the propagation of Śaivasiddhānta during one of the most crucial periods in Indian history.

Another monograph fully devoted to an analytical study of all the œuvres  of Sivagra Yogi, another great Saiva teacher of the 16th century who has composed important texts and commentaries is forthcoming in 2018.