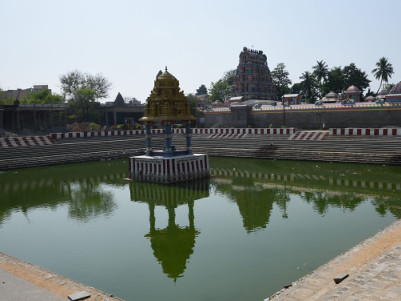 The South India, especially the Tamil country is studded with so many ancient temples constructed by many kings beginning from the 7th century CE. They are the excellent specimens of the artistic excellence attained by the ancient people. While the rituals, festivals, etc. serve the religious needs of the populace, the temple towers, the other shrines, the various images of the gods and goddesses, in stone as well as in metal, including old paintings speak eloquently the greatness of artistic skill attained by the ancient people and the dedication with which they maintained and propagated those arts to the posterity. No less important are the thousands of inscriptions that these temple walls contain which are the greatest and the most important historical records spanning more than a millennium.

The present Pilot Project is funded by the department of Hindu Religious Institutions (HRI), Government of Puducherry. In this, a sincere attempt will be made to survey ten historically important and relatively ancient temples belonging to the Pondicherry and the Karaikkal regions and we envisage it to be as comprehensible as possible.

We hope to survey and document all the temples managed by the department.

All the major and minor structures that the temple is composed of, the various images of the deities, the inscriptions and other historical records will be surveyed and photographed.

A detailed survey of the various rituals, worships and festivals conducted in the temple along with the texts of authority followed will be undertaken.