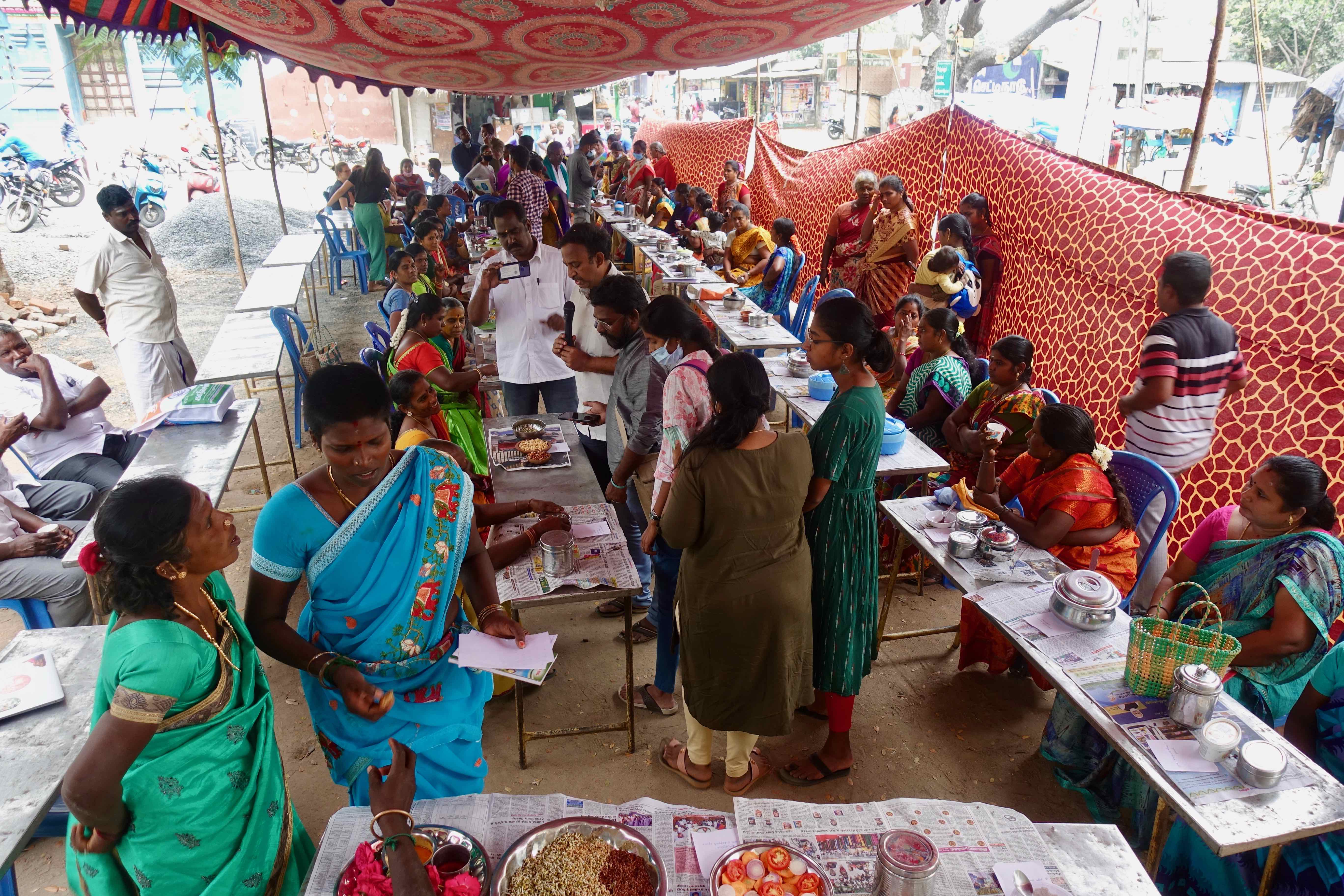 Funded by the French region Centre-Val de Loire, the PATAMIL project (2022-25) addresses a crucial inequity both in France and India: locally and environmentally-produced food, bought by rich consumers, often contrasts with products of poorer quality, produced far away in disastrous environmental conditions, aimed at poorer consumers. PATAMIL is based on exchanges of experiences between Centre-Val de Loire and Tamil Nadu-Pondicherry, and involves multifarious stakeholders (consumers, farmers, schools, NGOs such as DHAN and INDP, etc.). It undertakes participatory action-research on two French and two Indian sites (Pondicherry, Jawadhu Hills) for developing equitable food systems – what in France is called

In the Jawadhu Hills, PATAMIL supports the DHAN Foundation’s efforts to revive millets production and develop innovative processing technology and marketing, while ensuring women and tribal empowerment. There, as in Pondicherry, knowledge of traditional recipes is being disseminated in order to transform diets that have been based too much on polished rice since the Green Revolution. The competition of rice distributed sometimes free of charge by the Public Distribution System is taken into account, as well as that of meals taken outside or ready-made noodles. Action research in this area is being conducted with Madras University in the Jawadhu Hills, and with Pondicherry University and the IFP in the Pondicherry region.

In Pondicherry and Cuddalore district (in collaboration with the Depleted by Debt project), the work focuses more specifically on the difficult expansion of beekeeping, on women entrepreneurship, and on the dissemination of organic or “natural” agriculture. There are many initiatives from the local population, but they are scattered and we are trying to network them. Our tools are numerous: the creation of producers’; associations and organic markets, monthly public debates at the IFP, or the annual Local Food Systems festival with a week of films, conferences, village visits, sales and demonstrations, etc. School gardens cultivated by students and by women’s Self-Help Groups are promoted by INDP. Actions in educational institutions are carried out, with questionnaires on food and exchanges between students of French high schools (Montargis, Mignières) and the agricultural college of Karaikal, Pondicherry University and Rajiv Gandhi Institute of Veterinary Education and Research (RIVER).frederic.landy@ifpindia.orgvenkat@ifpindia.org, hhelene.guetat@ifpindia.org