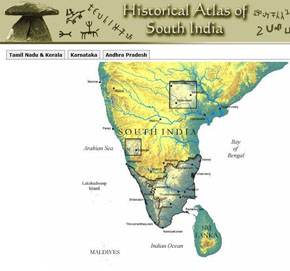 Given the favourable geographical location of the IFP in the heart of the Tamil country, the Department of Indology endeavours to study the Tamil language, history and culture in all its diversity.

An important direction of research within the "Tamil Studies" programme relates to contemporary Tamil Nadu. The interest taken in contemporary Tamil Nadu emphasizes the broad conception of indology defended at IFP, which does not want to restrict itself to the studies of Sanskrit philology. As Tamil has contributed appreciably to the oldest and most prestigious literature of India, by way of studying its contemporary forms and transformations the Department seeks to get instructive knowledge about the way in which an old traditional culture enters in conflict or agreement with modernity (Tamil, for example, is a very conspicuous language on the Internet, being used in a  number of sites). The project  Contemporary Tamil literature focuses on the transition to modernity and internal evolution of Tamil society as reflected by original Tamil literary  sources.

During the last decade (2000-2008) the historical dimension was given further emphasis by the project on  a historical atlas of South India from prehistoric times to the 16th century#, with special emphasis on Tamilagam (comprising present Tamil Nadu and Kerala). It was undertaken in collaboration with the Tamil University of Thanjavur and three other southern universities.
The objective of the project is to prepare a historical atlas of South India from prehistoric times to 1600 CE in digital format through a combination of maps, photographs, illustrations, texts and Geographical Information System (GIS) functionalities. The digital atlas provides a novel and dynamic way of presenting latest historical knowledge on South India. The project was initiated on the experience gained from a pilot version of the Atlas developed for the Pudukkottai region (central Tamil Nadu) by the joint efforts of the Geomatic Laboratory of the French Institute of Pondicherry and the Tamil University Department of Epigraphy and Archaeology.  In the first phase (2005-2008) of the project the atlas pages for Tamilagam (including Tamil Nadu and Kerala) were completed and those for Karnataka and Andhra Pradesh were partially covered.  Presently (2014 later half) the work of updating the digital atlas is being carried out.  Also some basic work for publishing a hard copy version of the atlas is going on.

Materials and Methods
The primary data for the project comprise historical and geographical information collected from a large corpus of south Indian inscriptions besides archaeological data collected from a series of field surveys supplemented with the data taken from archaeological reports of ASI and other institutions.   Workshop/review meetings were held every six months are to evaluate the progress of the work. The atlas was developed as web-browser software allowing different basic GIS display and database querying functionalities necessary for a user-friendly usage of the Atlas. It uses W3C (WWW Consortium) compliant Graphics /Open GIS so that the system can be accessed through the internet.