GLOBALSMOG - Tackling Air Pollution in the Cities of the Global South 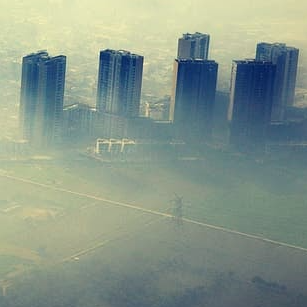 According to WHO (2016), air pollution plays a direct role in 4.2 million deaths worldwide each year. Urban dwellers in the Global South bear most of this burden: Low and Middle Income Countries (LMICs) countries account for 90 % of the mortality associated with ambient air pollution. In recent years, the gap between high-income countries and LMICs has widened regarding the management of air pollution issues. In the Global North, where air pollution has been on the policy agenda since the 1960s, major improvements have occurred during the past three decades. Improved scientific knowledge, better emission monitoring, infrastructure investments and more stringent regulatory norms and standards have led to a substantial decrease in air pollution compared with the 1970s. More recently, China - a country where the death toll attributed to ambient air pollution exceeded one million persons a year in the mid-2000s - launched a national “Action Plan” that succeeded in curbing emissions by around 20 % in most urbanized regions. In stark contrast with these successful policy measures, 97% of cities with more than 100,000 inhabitants in LMICs do not comply with WHO air quality guidelines. This situation results from the conjunction of rapid population growth, economic development and poorly managed urbanization. Africa’s urban population will triple by 2050, to 1.3 billion. Due to limited public transport infrastructure, this will result in a four to fivefold increase in the fleet of individual vehicles. Based on current trends, toxic emissions are expected to increase by 78% for NOx, 136% for SO2 and 136% for PM2.5 in 2050 (FIT 2019). The mean exposure to PM10 in Lagos, Dakar and Cairo, is already much higher than in Beijing or even Mumbai (WHO, 2018). In some Asian countries, rapid motorization has negated the efforts of air pollution abatement policies. Poorly regulated polluting industries, poorly monitored construction activities, the common use of fuel-based power generators, waste incineration in the open air and, in some cases, agricultural burnings in rural hinterland, also contribute to ambient air pollution in LMIC cities. Because of its strong adverse health effects, the toll of air pollution on the economy is considerable. The World Bank estimates the cost of premature mortality alone to be 7% of GDP for Asia, and 4% for Africa every year. But despite the alerts raised by scientists and international organizations such as WHO or UNEP, public policies aimed at improving urban air quality remain underdeveloped or ineffective in a majority of Global South cities. Even when policies do exist and objectives are set, numerous obstacles hinder the implementation processes. This “inconsistent policy making” (Künzli et al., 2015) is not fully understood because the literature has not taken up the question. Thus, while the knowledge on ambient air contamination sources, population exposure, effects on health and the environment has improved over the past twenty years, this progress has hardly been matched by similar advancement in our understanding of how the issue is concretely conceptualized and addressed on the policy side. Therefore, answering the question of why governments and local authorities do not simply “listen to the science” is crucial in any effort to improve the situation.

The GLOBALSMOG project has been designed with this scientific challenge in view. Its core objective is to identify and explain the technical, social and political processes that negatively or positively influence the management of air pollution in cities of the Global South, and through this study to improve the theoretical and practical knowledge on urban and multilevel public policy processes in the Global South. The underpinning hypothesis is that the issue of air pollution undergoes, in every local context, a complex process of translation, appropriation and reshaping that defines its political salience, the modes of policy action and instruments, and the balance with other priorities. Working with the tools of the sociology of science, urban geography, political anthropology and the sociology of policy-making, researchers involved in this project will explore the social construction of ambient air pollution both as a global and as a local issue, the way it is embedded in socio-technical representations of health, the environment and the economy. Our team aims to analyze the technical processes that produce knowledge on air quality and health (monitoring, epidemiology, norms and standards of risk assessment) and their societal appropriation at the local level. To this end, the methodology of the project relies on the production of ethnographic data, acquired through long fieldworks, and with the assistance of multiple local partners. This approach makes it possible to grasp in detail the interplay of actors involved in the production of data and the interfaces between science and public action. It also allows for taking a close and informed perspective on the way in which scientific knowledge, but also collective representations and power relations, influence governance processes on a problem made complex by the fact that it intersects with a diversity of economic sectors (mobility, industry, energy, agriculture) and levels of government (from local to international). To account for these processes, the project proposes a reasoned comparison between ten cities particularly impacted by air pollution, in Africa, South Asia and Southeast Asia. These ten case studies are subjected to the same multidisciplinary analytical framework. This project will allow for a better understanding of the difficulties encountered by cities in the Global South in governing this major problem for their development and the well-being of their population, and to develop more appropriate modes of action.