ModAThom (an ANR project): Explanatory Model of the urban fabric of Angkor Thom: archaeology of a lost capital city. IFP

ModAThom, essentially an urban archaeology project centred on the ancient Khmer capital, Angkor Thom (Ichita et al 2015; Gaucher, 2004), aims to propose an explanatory model of site-formation from its birth to eventual abandonment The paleoenvironmental study in which the IFP is involved aims to obtain information from sediment record(s) to interpret changes in land-use and landcover indicated by shifts in the corresponding pollen records for the first time in an urban archeological context. Sediment cores (3) have been collected at the srah srei tank site within the Angkor Thom temple complex, subsampled on site and being chemically processed and microscopically analysed at the IFP (Fig). A striking feature of the pollen spectrum in one core is the sudden increase in the proportion of Amaranthaceae pollen, usually used as an indicator of dryness and a good representation of the regional landcover comprised of aquatic habitats and wet evergreen forest elements (Fig). The initial studies have also outlined the potential for a multiproxy study including potentially at least charcoal and phytoliths and correlating with the archeological finds of pottery and eventually, radiocarbon based chronology.

The performance of rituals is as important as understanding the philosophical doctrines in Śaivism. According to tradition, through rituals one’s mental and spiritual impurities are removed and the person attains the highest state of Śivahood. There are a good number of ritual manuals (paddhati) in the Saiva tradition dating from approximately the 9th century composed by many Saiva teachers who lived in different parts of India at different periods. Many of these texts remain in manuscripts and the IFP holds some of them in its collection.

The first-ever critical edition and the eventual publication of the voluminous Somasambhupaddhati in 4 vols. accompanied by the French translation in its publication series by the IFP was a watershed in the annals of Saiva studies at the IFP.

Mṛgendrapaddhati composed by Aghoraśivācārya (mid 12th century) who lived in the Tamil country and its commentary by Naṭeśaguru is one such paddhati text which has not been critically edited so far.

The project of critically editing the Mṛgendrapaddhati along with its commentary based on a manuscript belonging to the IFP collection has just been started jointly by T. Ganesan (IFP) and S.A.S. Sarma (EFEO, Pondicherry).

In June 2020, Akane Saito came to the end of a rich and fruitful two-year period of postdoctoral study at the Pondicherry Centre, made possible by a grant from the Japan Society for Promotion of Science. During this period she devoted herself to the study of Sanskrit philosophical writing about language, focussing on the celebrated Mīmāṃsaka thinker Maṇḍana Miśra and on the Śaivasiddhānta theologian Śrīkaṇṭha. Her study of Maṇḍana was pursued under the guidance of Hugo David and S.L.P. Anjaneya Sharma and covered various works of his, such as the Brahmasiddhi, Vidhiviveka, and Bhāvanāviveka, but also of various Indian thinkers related to him, such as Śabarasvāmin, Bhartṛhari, and Kumārila Bhaṭṭa. In the last half of her stay, she was focusing on the translation of the Bhāvanāviveka and began editing a new commentary on that. As for her work on Śrīkaṇṭha, under the guidance of Dominic Goodall, she finished translating his Ratnatrayaparīkṣā together with Aghoraśiva’s commentary. Thereafter she started another anonymous commentary of the same text collaborating with Francesco Sferra at Professor at L’Orientale in Naples. Using two manuscripts (one already known about from Mysore and the second, recently identified by R. Sathyanarayanan and Dominic Goodall in the Tiruvāvaṭuturai monastery library) they are now editing this unpublished commentary.

During her stay in Pondicherry, she joined a project of Hugo David and S.A.S. Sarma to digitize palm-leaf manuscripts preserved in Thrissur. Once a month, she visited the Vedic Research Centre, Vadakke Madham Brahmasvam, and learnt how to preserve, digitize and catalogue the old manuscripts. A report on this project was presented at the Manipal Academy of Higher Education in November 2019.

Why are some stories compelling? The short answer is because they are repeated. An individual life experience or life cycle provides a generic template of any story (birth, living, death) but only those individuals who enact exceptional, heroic deeds earn the privilege of having their lives turned into what Carl Jung called archetypes. The life of Jesus is one such story, which in the 16th century went “global” and literally girdled the world. It was a story that accompanied the Portuguese colonial expansion and was considered a powerful, universal tool of conversion. In my current research I want to understand what happened to this story in the process of translation into two different Indian languages, Tamil and Persian. By casting a comparative glance into “successful” Tamil catechetical texts written in the 16th and 17th century, produced for the Parava Catholic community and for the Christians in the Madurai and Carnatic mission, and into “unsuccessful” catechetical literature in Persian targeting a mostly Mughal royal audience, I want to understand how social, cultural and political contexts and configurations work out to make one and the same story receive a very different reception. 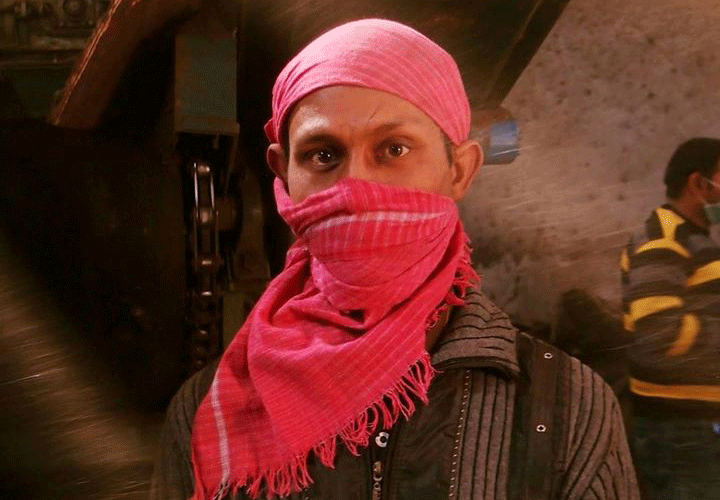 What happens to our garbage after it is dumped? Through the example of Delhi, the film explores the transformation of a piece of plastic waste into a resource, through filmed interviews with diverse “people of waste” living in the shadow of consumer society. It aims at making visible the myriad of professions that specialize in the collection, sorting, reselling, cleaning, shredding and transformation of waste, from the stigmatized garbage picker at the bottom of the chain until the industrialist at the top of the pyramid who re-injects the recovered materials into the formal economy. Beyond the Indian case, it reminds the spectators of their responsibility as a producer of waste and their relation with this waste recovery system, putting into question the ambivalent discourses on recycling which tend to legitimize an endless mass consumption.

This short documentary film (20min), has been co-directed by Rémi de Bercegol (CNRS, Centre de Sciences Humaines de New Delhi), together with Grant Davis and Shankare Gowda; it has been shot in February 2019 in and around Delhi. It relies on a scientific understanding of the on-going scenario and aims at opening the debate to a broader non-academic audience about the relationship between societies and waste.

Watch it online at: https://www.youtube.com/watch?v=ZROTSb2TRsk