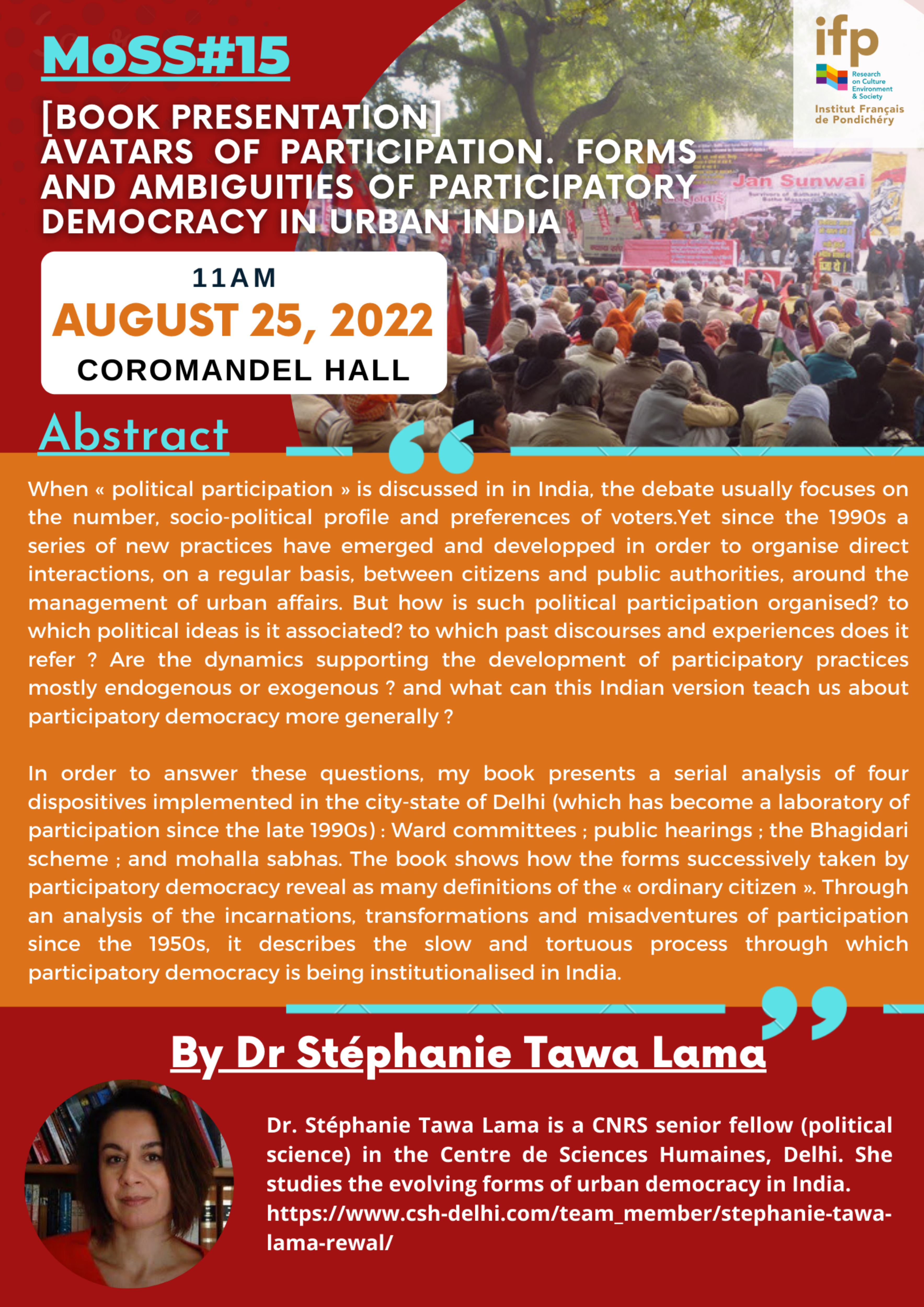 When « political participation » is discussed in in India, the debate usually focuses on the number, socio-political profile and preferences of voters.Yet since the 1990s a series of new practices have emerged and developped in order to organise direct interactions, on a regular basis, between citizens and public authorities, around the management of urban affairs. But how is such political participation organised? to which political ideas is it associated? to which past discourses and experiences does it refer ? Are the dynamics supporting the development of participatory practices mostly endogenous or exogenous ? and what can this Indian version teach us about participatory democracy more generally ?

In order to answer these questions, my book presents a serial analysis of four dispositives implemented in the city-state of Delhi (which has become a laboratory of participation since the late 1990s) : Ward committees ; public hearings ; the Bhagidari scheme ; and mohalla sabhas. The book shows how the forms successively taken by participatory democracy reveal as many definitions of the « ordinary citizen ». Through an analysis of the incarnations, transformations and misadventures of participation since the 1950s, it describes the slow and tortuous process through which participatory democracy is being institutionalised in India. 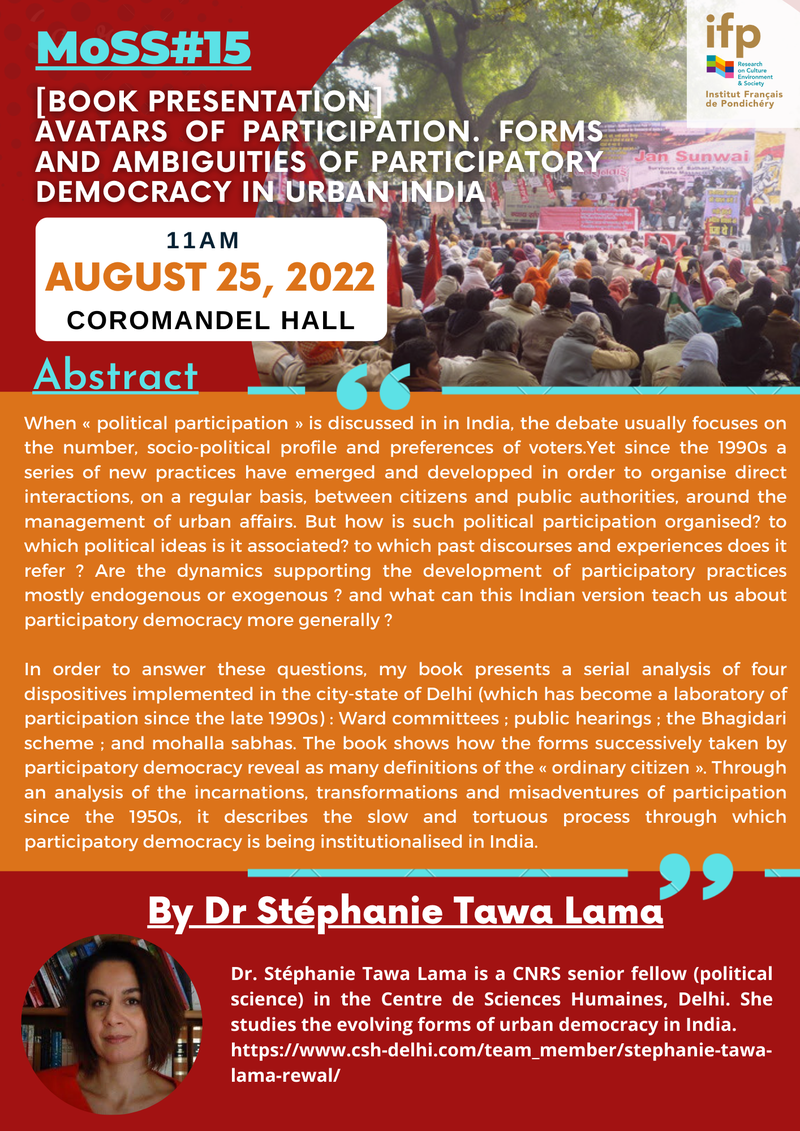