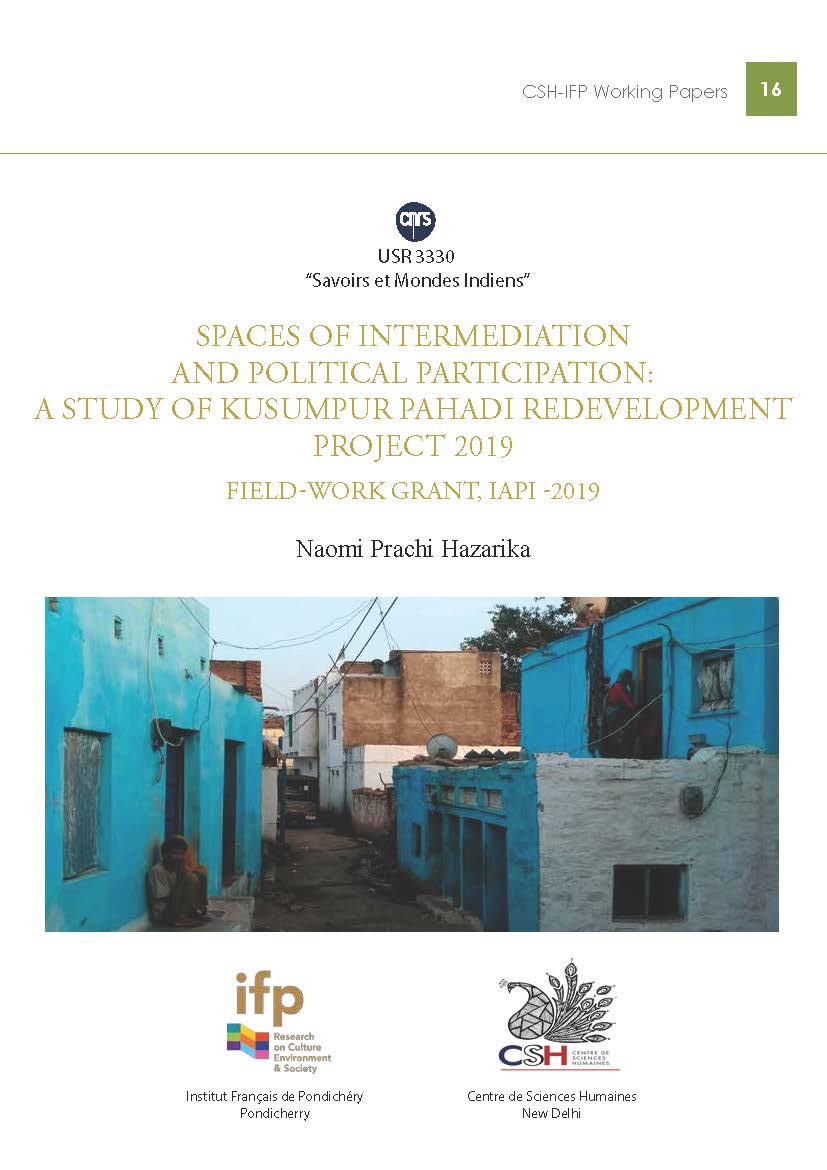 With the aim to understand the nature of urban politics and spaces of intermediation in informal settlements in the face of a major infrastructural project in New Delhi, this article is a study of the recent “In-Situ Slum Redevelopment and Rehabilitation Policy in Public-Private Partnership 2019” adopted by the Delhi Development Authority. The first section of the article examines how the policy engages with the contours of state-citizen relations on paper. The second section identifies key actors and networks engaged in the process of mobilization in one of the 32 settlements that are slated to be redeveloped under this policy. I argue that this policy denies an interface between residents and the state during the implementation of a large infrastructural project and, moreover, seeks to ‘formalize’ the mode of political participation for residents of informal settlements to be redeveloped.