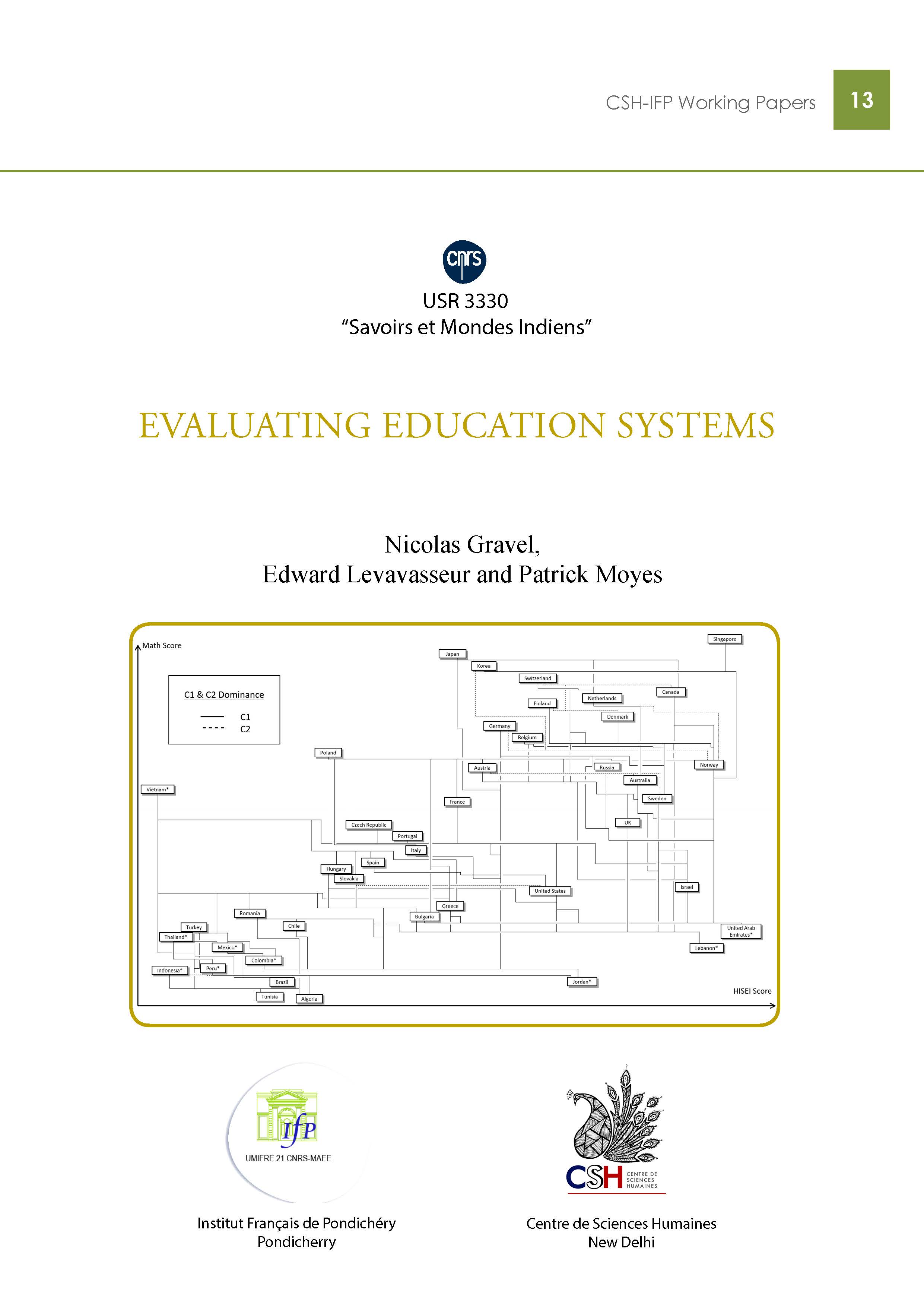 This paper proposes two dominance criteria for evaluating education systems described as joint distributions of the pupils’ cognitive skill achievements and family backgrounds. The first criterion is shown to be the smallest transitive ranking of education systems compatible with three elementary principles. The first principle requires any improvement in the cognitive skill of a child with a given family background to be recorded favorably. The second principle demands that any child’s cognitive skill be all the more favorably appraised as the child is coming from an unfavorable background. The third principle states that when two different skills and family backgrounds are allocated between two children, it is preferable that the high skill be given to the low background child than the other way around. The criterion considers system A to be better than system B when, for every pair of reference background and skill, the fraction of children with both a lower background and a better skill than the reference is larger in A than in B. Our second criterion completes the first by adding to the three principles the elitist requirement that a mean-preserving spread in the skills of two children with the same background be recorded favorably. We apply our criteria to the ranking of education systems of 43 countries, taking the PISA score in mathematics as the measure of cognitive skills and the largest of the two parents International Socio Economic Index as the indicator of background. We show that, albeit incomplete, our criteria enables conclusive comparisons of about 19% of all the possible pairs of countries. Education systems of fast-growing Asian economies - in particular Vietnam - appear at the top of our rankings while those of relatively wealthy Arabic countries such as Lebanon, United Arab Emirates and Jordan are at the bottom. The fraction of countries that can be ranked successfully happens to be only mildly increased as a result of adding elitism to the three other principles.