Debates on Muslim Caste in North India and Pakistan: from colonial ethnography to pasmanda mobilization 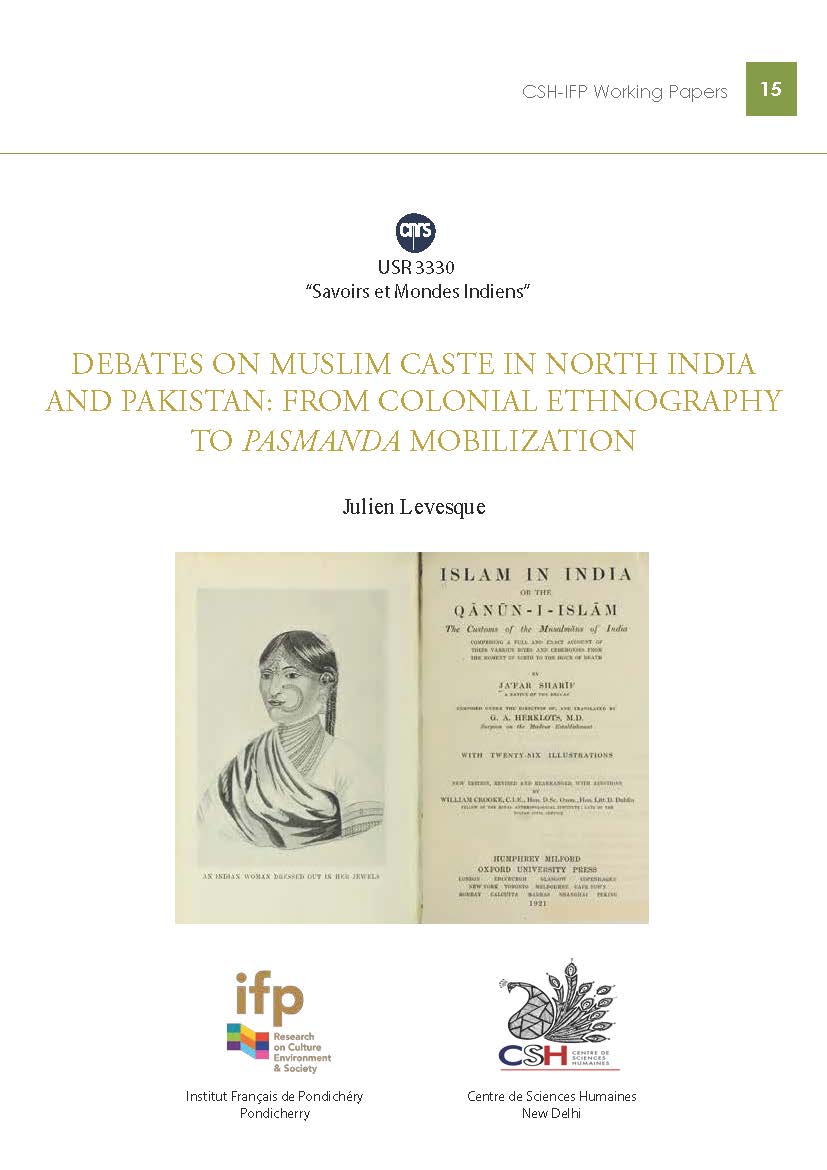 From colonial census administrators to social scientists, scholars have debated whether Muslims in the subcontinent can be said to have castes. In recent decades, the discussion also entered the political arena over the issue of reservations in India. In order to offer an overview of the debates concerning caste among Muslims, mainly in North India and Pakistan, this article first shows that colonial scholars and administrators tended to understand the phenomenon as the product of a history of conquest and miscegenation. I then turn to socio-anthropological debates of the second half of the twentieth century that opposed scholars on whether a caste system existed among Muslims. Finally, I explore how new legal conceptions of caste among Indian Muslims became a stepping stone for political mobilization from the 1990s.