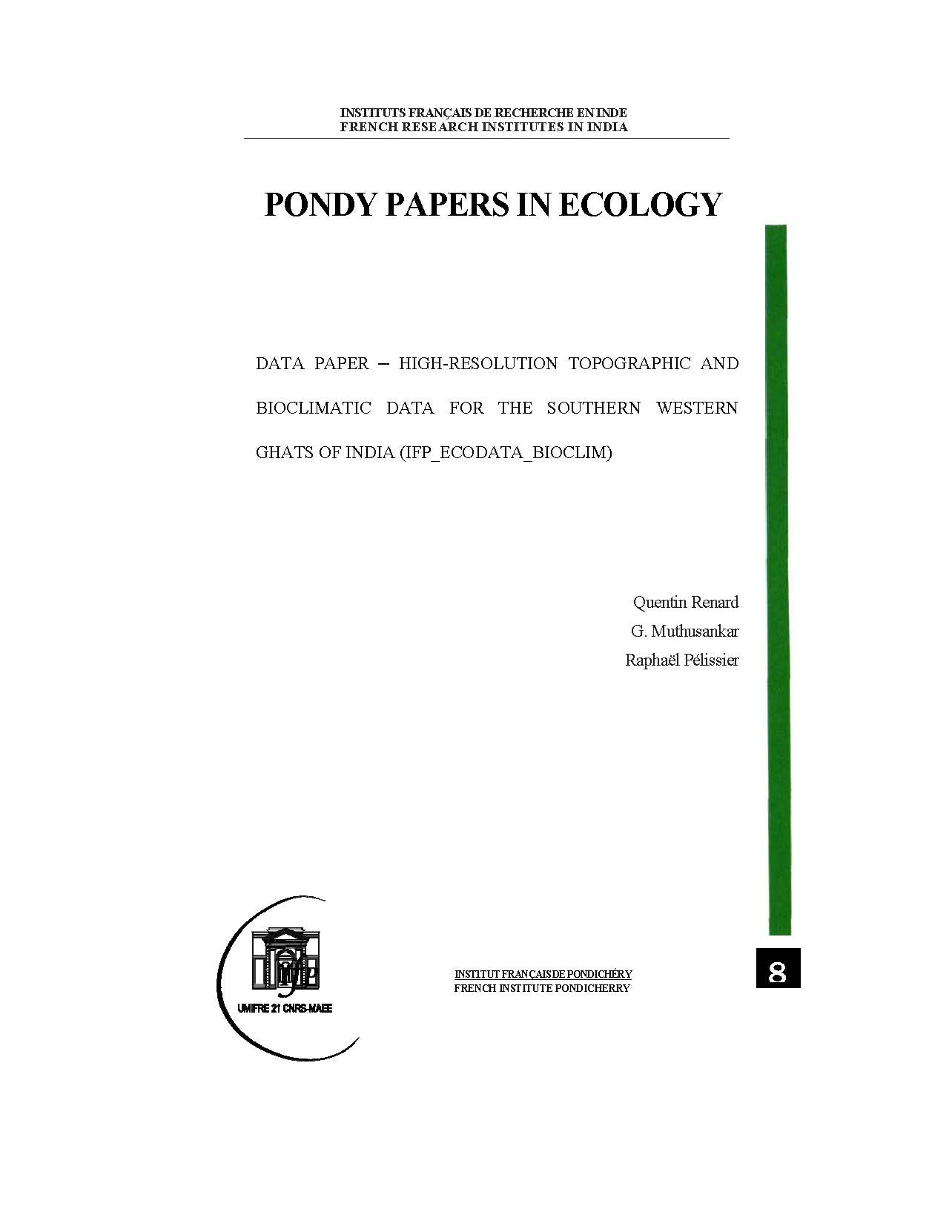 The Western Ghats form a 1,600 km long escarpment that runs parallel to the southwestern coast of Peninsular India. This relief barrier, which orographically exacerbate the summer monsoon rains, is responsible for steep bioclimatic gradients that have long been recognized as one of the major ecological determinants for the forest vegetation of the region. We report here gridded topographic and bioclimatic data at 30' lat/lon (ca. 1 km) resolution that cover an area of about 70,000 km2 of the southern Western Ghats, between 74 to 78° E and 8 to 16° N. These data have been extracted from three main sources: the SRTM (NASA Shuttle Radar Topography Mission) 90 m Digital Elevation Data, version 4 (http://srtm.csi.cgiar.org/) from which were secondarily derived aspect and slope; a digitized version of the bioclimatic maps of the Western Ghats by Pascal (1982) based on various sources of long series of climatic records over the period 1950-1980, from which were derived annual rainfall, mean temperature of the coldest month and dry season length; the WORLDCLIM database, version 1.4 (http://www.worldclim.org/), which provides monthly interpolated rainfall and temperature data from series of at least 10 years records over the 1950–2000 period. Key-words: Digital Elevation Model, India, long-term bioclimatic interpolations, SRTM, Southern Western Ghats, WOLDCLIM.