Prof. Gilles Boeuf, invitee of the IFP in the framework of the Cycle of Conferences of the Collège de France in India 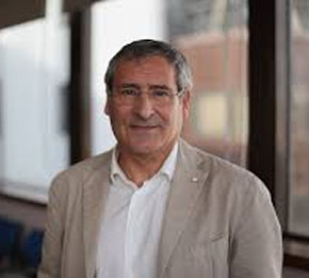 Prof. Gilles Boeuf, invitee of the IFP in the framework of the Cycle of Conferences of the Collège de France in India

Professor Gilles Bœuf, a specialist in environmental physiology and biodiversity, President of the National Museum of Natural History (MNHN) in Paris, France (since 2009), Professor at the University Pierre et Marie Curie, Paris and Invited Professor at the Collège de France on the Chair of Sustainable Development - Energy, Environment and Society, visited the IFP on March 6, 2015, on the occasion of his visit to south India from 23rd February to 9th March in the framework of Cycle of Conferences of the  Collège de France in India organized in collaboration with the Scientific Department of the Embassy of France in India and the Centre for Social Sciences and Humanities (CSH) in New Delhi.
The Cycle of Conferences of the Collège de France in India aims at promoting the excellence of French research and its teaching, and thereby, to encourage the emergence of new collaborations. This programme, which is planned over a three-year span, will see several professors of the Collège de France visit high ranking universities and research institutes in India. Prof. Boeuf is the second professor to be welcomed in the framework of this cycle.
The programme schedule in Pondicherry of Prof. Boeuf started with a visit to the IFP where he was presented the works conducted in the Ecology and Social sciences Departments notably. Then followed two conferences by Prof. Boeuf on the themes of biodiversity and climate change: the first one, in the afternoon of March 6 in front of the students of the Department of Ecology and Environmental Sciences of the Pondicherry University, and the second at the   Alliance Française of Pondicherry in front of a very large audience.
Thanks to the fruitful exchanges with Prof. Boeuf, a number of important research axes to be developed between the IFP, the MNHN, the CNRS and the CIRAD were rapidly identified, notably at the interface of human sciences and ecology. Prof. Boeuf also proposed to promote the works of the IFP in the field of carbon storage to Mrs. Ségolène Royale and Mr. Fabius ahead of the United Nations Conference on Climate Change Conference (CoP 21).