One-day Workshop on "Islamic Law and Property Distribution in India" on November 14, 2014 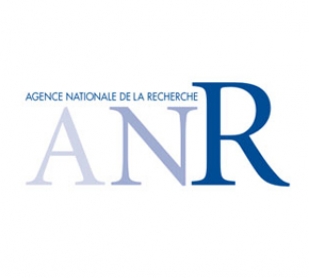 One-day Workshop on "Islamic Law and Property Distribution in India" on November 14, 2014

This workshop is at the intersection of law and anthropology. It attempts an anthropological understanding of real property distribution, transfer and inheritance among Muslims in India in the everyday.  It attempts to build and carry out a praxiologic anthropology of property law, with the identification of the orientation in context and action of the people involved in the activities which are related to it.
Civil legal mechanisms pertaining to Muslims in India are diverse and varied. The Mohammedan Law codified since the early twentieth century is the officially accepted legal norm. According to the Indian judiciary, civil laws pertaining to inheritance and property are unified and monolithic.  What is codified in the Mohammedan Law has steered the processes and shaped the forms of practice and legislation. However, Indian reality in all its diversities is far more complex and exhibits very distinct practices of property distribution in the everyday. There is also a parallel prevalence of local legal mechanisms at diverse levels: the village, neighbourhood, biradri and caste panchayats or simply elders in the family/community. It is this plurality and diversity of local practices prevalent in everyday contexts that this workshop seeks to explore.
With this broad overview, we invite thematic and ethnographic papers focusing on legal diversities among Muslims in India under the following broad themes and encourage papers based on field-based ethnographies focusing on but not limited to:

History of the development of Islamic legal practice in India

Case-based conflict resolution around real property
About the ANDROMAQUE program:
The ANDROMAQUE program, an ANR funded project, wants to conduct an anthropological study of the law in societies wholly or partly Muslim. It seeks first to question the relationship between law and Islam, while re-specifying the answer that was given to it. It starts from a series of observations on the established legal anthropology, but also on the lack of attention given to the question of legal practices. To make up this deficit, it proposes to substitute for the anthropology of Muslim law a legal anthropology in the Muslim worlds (which includes situations where Islam is in the minority). It gives itself a precise objective, at the core of the law: ownership, the contract which relates to it and its transmission; it starts from a privileged point of observation, that of the conflict resolution bodies. Finally, it is methodologically combined with an ethnography of practices, a linguistic anthropology and a praxiological study of the reference rules.
Abstracts may be sent to Zarin Ahmad (zarin.ahmad@gmail.com) on or before 7th September 2014