MothWeek to be held from July 19th to 27th, 2014 and to be organized by IndianMoths@IBP 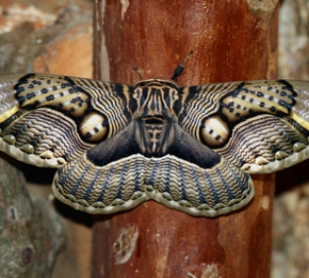 MothWeek to be held from July 19th to 27th, 2014 and to be organized by IndianMoths@IBP

Moths outnumber butterflies by around 100 times and they are found throughout the varied habitats across India, from the forests to inside houses, through day and night. Yet there is very little information available to the Indian public on the moth species, their ecology or habits.
The IndianMoths group on the India Biodiversity Portal (IBP) seeks to address this issue by aggregating species information on moths and providing a venue for moth experts and enthusiasts to interact. IndianMoths is the Indian data partner for the  National Moth Week that will be held across the world between 19th-27th July 2014. The portal will aim to crowd-source photographic documentation of moths, and their distributions across India during National Moth Week. In addition it will also reach out to moth researchers across India to put out descriptive information on moth species through the species pages provided on the portal.
“There is no proper field guide to the moths of India” laments Rohit George, working at the French Institute of Pondicherry. He is a keen moth enthusiast who has photographed and recorded thousands of moth specimens already. “The British were very enthusiastic about moths in India and much of the information available publicly today are from the old British publications” he says.
Sanjay Sondhi of titli trust, an NGO working on conservation education and action says “there needs to be awareness of moths and their great diversity. Many of the moths are not easy to identify and studies on Moths in India are just being initiated. There is no proper field guide to moths and building awareness is necessary.” Sanjay is a part of the core group organizing the National Moth Week and has published a new book on Butterflies and Moths of Pakke.
“Citizen science has great potential in mapping the biodiversity of the country, and the National Moth Week is an opportunity to run a campaign to crowdsource the distribution of Moths in India.” says Vijay Barve, who is strongly convinced about the necessity of involving citizens in biodiversity conversation. Over the years he has initiated and anchored many facebook groups and social networks focused on the biodiversity of India. He is the main coordinator of the National Moth Week in India and believes such campaigns are effective in building awareness on biodiversity.
Yash Sondhi, a young researcher at NCBS plans to organize MothWatch in different locations in Bangalore where citizens can participate in attracting and watching moths during the Moth Week.
The portal has already aggregated 3000+ observation of moths and with the contribution of researchers like Dr. Sachin Gurule and Dr. Shubhalaxmi Vaylure have compiled over 400 species descriptions. Over the next few days the portal will assemble a bibliography of moth studies in India; build a directory of moth researchers across India; and upload documents on moths on the portal. The portal will enable researchers to share their knowledge and expertise with enthusiasts and encourage citizen science.
During the Moth Week, participants across India will set up moth attracting light traps within their localities and photograph thousands of moths. These records, together with the location of sighting will be uploaded to IBP allowing experts to identify them and create distribution maps where each species occur.
National Moth Week (NMW) shines a much-needed spotlight on moths and their ecological importance as well as their incredible biodiversity. This nine-day global event encourages children and adults to become “citizen scientists” and contribute photos and data to online databases. Last year, more than 400 events were held in more than 40 countries.
National Moth Week participants can help map moth distribution and provide needed information on other life history aspects around the globe.
Partners:
1, Titli Trust: www.titlitrust.com
2. Kalpavriksh: www.kalpavriksh.org
3. DiversityIndia: www.diversityindia.org
Contacts:
email: mothweek@indiabiodiversity.org
Vijay Barve
+91 98457 24832
email: vijay@diversityindia.org
Sanjay Sondhi
01352607452
94120 52189
email: sanjay.sondhi1@gmail.com