Dr. V. Prakash receives the "Presidential Award for Classical Tamil" for the year 2015-2016 in the category "Young Scholar Award". 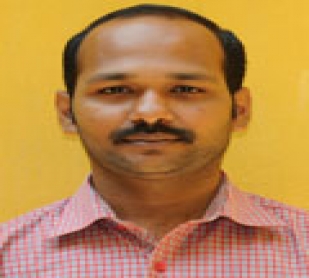 Dr. V. Prakash receives the "Presidential Award for Classical Tamil" for the year 2015-2016 in the category "Young Scholar Award".

We are very happy to inform you that Dr. V. Prakash, post-doctoral scholar working in the Contemporary Tamil Culture program at the IFP, received the "Presidential Award for Classical Tamil" for the year 2015-2016 in the category "Young Scholar Award" from the hands of the President of India Shri. Pranab Mukherjee in New Delhi on 9th May 2017.
Dr. Prakash received his doctorate from Madras University in 2012. His dissertation focuses on the methodological challenges of constructing a critical edition of Purananuru (an anthology of war poems from the classical Tamil corpus, 3 BCE - 3CE). He joined the contemporary Tamil culture research program as a post-doctoral fellow at the IFP to continue his research on classical Tamil literature through contemporary multi-disciplinary approaches. At present he is working on the phenomenon of hunger and famine as depicted by classical and contemporary Tamil literature in collaboration with Kannan M. (IFP) and Srilata Raman (Toronto University) as well as on the concept of the anthropocene as evidenced by classical Tamil literature. His publications include several articles (in English and Tamil) and two books (in Tamil), one on textual criticism (2015) and one on the concept of tinai (landscape) in classical Tamil literature (2016). He is a native of Pudukkottai district in Tamil Nadu, and completed his undergraduate and post-graduate degrees in Coimbatore, Tamil Nadu.

We congratulate Dr. V. Prakash for this outstanding achievement.