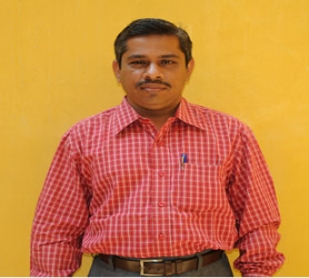 Dr. Deviprasad Mishra, researcher in the Indology Department of the French Institute of Pondicherry (IFP), received on March 11, 2016, at the Rashtrapati Bhavan ("Presidential Residence") in New Delhi, India, the Maharshi Badrayan Vyas Samman Award for the year 2015 for his outstanding works as a young scholar in Sanskrit, by the Honourable President of India, Shri Pranab Mukherjee.
The Maharshi Badrayan Vyas Samman distinction is conferred once a year on the Independence Day of India in recognition of substantial contribution in the field of Sanskrit, Persian, Arabic and Pali/Prakrit.  This distinction, which was introduced in the year 2002, is awarded to selected young scholars in the age group of 30 to 45 years.
We congratulate Dr. Deviprasad Mishra for this outstanding achievement!
For photos of the Award Ceremony, click here.