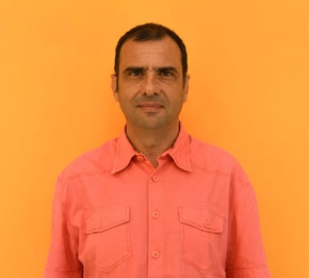 Mr. Didier LEMOINE took up his post as the new Secretary General of the IFP on September 1, 2015. He replaces Ms. Eve HERMANN, who leaves after 4 years spent at the Institute and who has now been appointed as the new Secretary General at the French Institute of Cambodia.
Mr. Didier Lemoine is 48 years old, is married and has 3 children. With a degree in accounting and management, he is a 1st class Research Engineer at the French National Institute of Health and Medical Research (Inserm), France. He worked 12 years in an accounting firm before joining the CNRS where he performed representative duties (1998-2003). He then joined the French National Institute for Preventive Archaeological Research (INRAP) where he held a position as bureau chief for budget and financial affairs (2003-2007). In 2007, he joined the Inserm as representative of the public accountant (2007-2010), and then from 2010 till date, as head of the financial services and secondary accounting officer at the Paris 12 delegation of the Inserm.
In additions to these duties, he is since 2013 mission head for the executive management of the Inserm to the French ministry of higher education and research as a national point of contact for judicial and financial affairs for the Horizon 2020 European projects. In 2013, he joined the first batch of high potential executives of the Inserm that was set up by the executive management of the institution and he followed a one-year training on topics such as strategic management, lobbying and communication for managers.